As part of the evaluation of the DC2RVA Project, cultural resource studies—both archaeological survey and historic architectural documentation—were completed along the entire project corridor.  The cultural resource studies were completed in compliance with Section 106 of the National Historic Preservation Act of 1966, as amended (54 U.S.C. 306108) and its implementing regulations (36 CFR Part 800). This act requires federal agencies to consider the effects of their actions on “historic properties,” defined as any resource that is eligible for or listed in the National Register of Historic Places (NRHP). Initial studies were conducted between 2015 and 2017 along all proposed project alternatives. The study data was summarized in the Project Draft Environmental Impact Statement (Draft EIS) and reported in full in the Draft EIS Appendix R. A second round of studies was completed in 2018 to focus on the Preferred Alternative, and this data was presented in the Final Environmental Impact Statement (Final EIS). 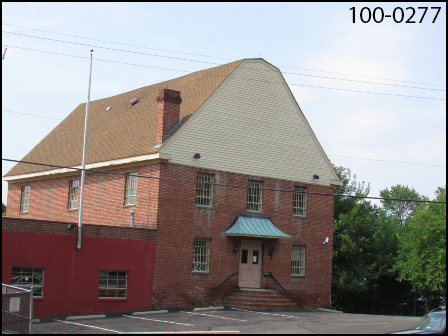 Phoenix Mill was built in 1776 and is believed to be the sole remaining mill building in the City of Alexandria.

Cultural Resources Along the DC2RVA Corridor

From the time of Native American occupation through twentieth-century development, people have occupied the area of the DC2RVA corridor for more than 10,000 years. Our past is evident in the many historic buildings, bridges, and landscapes, as well as the scores of archaeological sites beneath our feet. During the Project cultural resource survey, more than 4,000 resources were recorded along the corridor. Each resource was evaluated for its historical significance and physical integrity.  The results of the studies were compiled into 23 detailed technical reports (Technical Reports) that were reviewed by the Virginia Department of Historic Resources (DHR), our State Historic Preservation Office. These reports and other documents were also shared with dozens of the project’s Section 106 consulting parties and the general public.

Based on the reports, plus feedback from DHR and consulting parties, the Federal Railroad Administration (FRA) determined that 120 of the recorded resources to be historic properties eligible for or listed in the NRHP. Of these, 96 are buildings or other such above-ground resources including historic districts, 13 are archaeological sites, 10 are battlefields, and 1 is a multicomponent resource that contains buildings, landscapes, and archaeological sites (Historic Properties). These resources are found along the entire corridor, with several notable clusters:

Northern Virginia: Resources in this area represent the early settlement of the region and expand to include its rapid twentieth-century suburbanization. They range from Rippon Lodge in Prince William County (circa 1747) to Washington National Airport (circa 1941) and include residential neighborhoods, schools, and roadways. Also included in this area is Alexandria Union Station, the circa 1905 Colonial Revival-style rail depot that is significant for its place within the history of rail transportation in this region. It is listed in the NRHP.

Fredericksburg: The rail line was built through the center of town in 1837, and development enveloped this new transportation medium. Businesses and homes along the tracks came and went based on new technology and economic prosperity. In addition to the historic buildings and bridges in the Project area such as the Purina Tower (circa 1916) and the Fredericksburg Historic District (circa 1728), several archaeological sites represent the transient nature of development near the railroad tracks, including once-extant historic mills, dwellings, stores, and industries. In addition, over half a dozen Civil War battlefields are mapped across the region, presenting a reminder of the many significant historical events that occurred along the corridor.

Doswell and Ashland:  The towns of Doswell and Ashland were both founded around the railroad. The Doswell Historic District includes several rail-related resources including the circa 1928 Doswell Depot and switch station tower and the Doswell Inn, which catered to rail travelers. In Ashland, the railroad runs through the center of the town. Resources in this self-proclaimed railroad town include the circa 1850 Ashland Historic District, which includes dozens of contributing homes, businesses and civil buildings; Randolph-Macon College (circa 1872); and the Berkleytown Historic District, which dates to the turn of the twentieth century and represents an African-American enclave north of downtown.

Richmond: The Virginia State Capitol was relocated here due to the presence of a reliable transportation corridor—the James River. Since the late-eighteenth century, the community has grown along its ever-changing transportation routes, including both roads and rail. Almost a dozen railroads have crossed the city at some point since the first rail was introduced in the 1830s. Like other communities along the Project corridor, development clustered around the railroad; today, several historic districts are mapped adjacent to the tracks including Scott’s Addition Historic District (circa 1900), Hermitage Road Warehouse Historic District (circa 1930), Virginia Union University Historic District (circa 1899), and the Gilpin Court Complex (circa 1942).

One of the most dense and notable clusters of cultural resources along the corridor is located in Richmond’s Shockoe Bottom. Scores of buildings, structures, and objects contribute to the Shockoe Valley & Tobacco Row Historic District (circa 1737) and the Shockoe Slip Historic District (circa 1780), representing the city’s earliest development. Some of the most significant resources, though, cannot be seen on today’s landscape. In the late-eighteenth century and through the 1860s, this area was one of the largest markets to buy and sell enslaved individuals on the east coast. Archaeological sites such as the circa 1830s Lumkpin’s Jail/Devil’s Half Acre contain physical remnants of this atrocity, buried now 10 to 15 feet below ground.

Another important resource in this area is the Grave Yard for Free People of Color and Slaves. Once located just north of today’s Hospital Street, the cemetery was established in 1816 and was in use until the 1870s for both free and enslaved African-American residents. Unfortunately, through road and bridge construction projects and other development in the late-nineteenth and early-twentieth century, evidence of this cemetery is no longer visible on the landscape.

The City of Richmond has launched numerous studies in this area to record sites associated with the African-American experience. This includes archaeological excavations at the Lumkpin’s Jail/Devil’s Half Acre, archival research to located places that reflect the historic African-American experience in this area, and working with the community on the interpretation and commemoration of this area through the development of signage, web pages, and a public park. The City is currently seeking ways to acknowledge its importance and respectfully protect the area. Additional information on some of the City’s efforts can be found here (http://www.richmondgov.com/PlanningAndDevelopmentReview/ShockoeSmallAreaPlan.aspx). 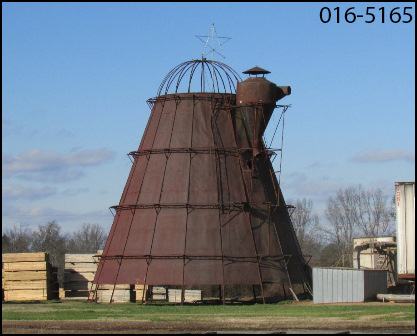 The Caroline County Excelsior Industry was one of the most prolific enterprises in the county in the early-20th century. Several “teepee burners” still remain standing today.

Following the effect evaluation, FRA developed a Memorandum of Agreement (MOA) to outline steps they will take to mitigate Project impacts to the 21 adversely effected historic properties (MOA).The mitigation measures outlined in the MOA were determined in consultation with the Section 106 consulting parties, the general public, and various agencies. The MOA was signed by the FRA, DHR, the Virginia Department of Rail and Public Transportation, and the Advisory Council on Historic Preservation in July 2019.

Although the DC2RVA Project was determined by the FRA to have no adverse effect on the Grave Yard for Free People of Color and Slaves in Richmond, FRA has committed to supplementary measures to thoroughly research this important site, assure that potential interments in the project footprint are identified prior to Project construction, and treat the entire site in a sensitive and respectful manner.

The 123-mile DC2RVA Project will be implemented in increments as funding for additional design and construction becomes available. As each increment of the Project receives funding, mitigation on the affected resources within that increment will commence. 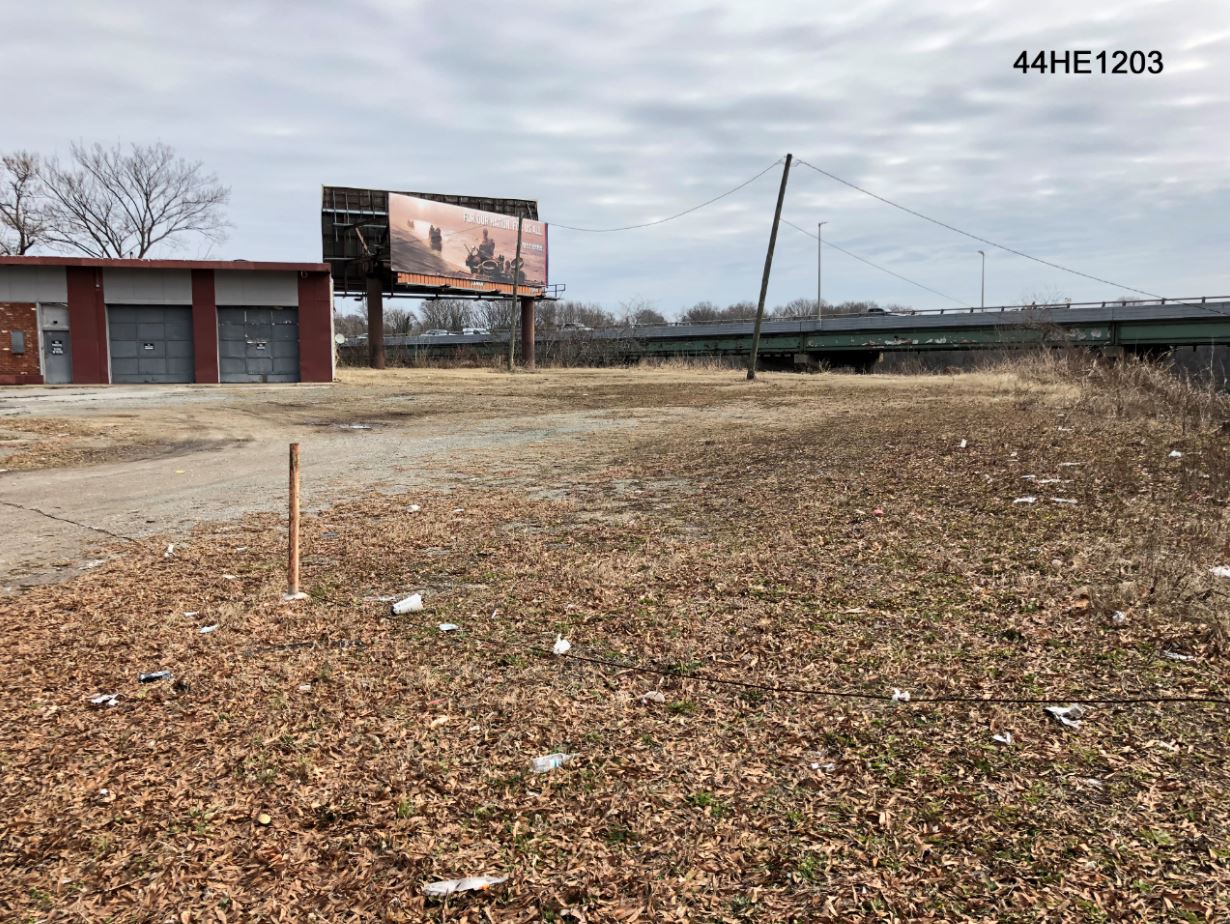 The “Grave Yard for Free People of Color and Slaves,” as it was originally named, opened in 1816. It remained the primary burial ground for African Americans in downtown Richmond through the 1870s.

Where Can I Find Project Cultural Resource Data?

If you would like additional details, the following table outlines the documents you can review for further information. All of these documents are located on the project website (www.dc2rvarail.com).  Additional information may also be obtained by contacting DRPT at 804-786-4440 or drptpr@drpt.virginia.gov.

Warning: Unknown: Failed to write session data (files). Please verify that the current setting of session.save_path is correct (/home/dc2rvarail/public_html/files/tmp) in Unknown on line 0